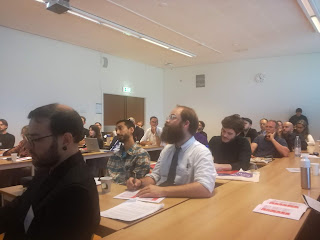 Plans for ENSIE 2--the second ENSIE conference, to be held in 2020--were discussed, and a proposal to hold the conference in Marseille was enthusiastically accepted. More details soon!